PRK (Photorefractive Keratectomy), also known as ASA (Advanced Surface Ablation), is an excellent LASIK alternative for many who are considering vision correction. This procedure is an especially good option for people who have been previously advised that their eyes are not suitable for LASIK, or whose lifestyles may have precluded them from having LASIK.

Ready to find out if you are a candidate for LASIK alternatives?
Book a FREE screening

Patients who are often recommended for PRK/ASA are those who: 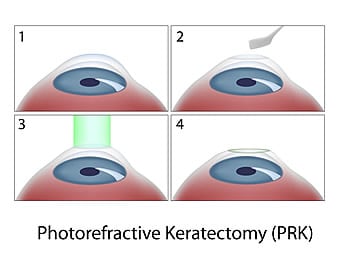 In most cases, a PRK/ASA patient will wear a contact lens during the first 5-8 days of healing. The patient, in most cases, will not need to touch the lens at all. The doctor will handle putting the lens in and taking the lens out.

We Are A Proud Partner Of